Five questions with amazing queer South Asians from around the world 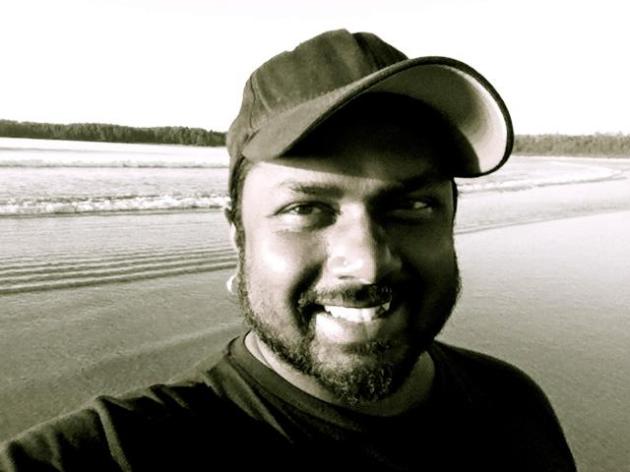 I was born and raised on the beautiful island of Fiji, tradition territory of the Polynesian and Melanesian people.  My ancestors were brought from India as exploited indentured labourers to work on sugar plantations established by the British colonial government. When Fiji gained independence in 1970, a controversial and racially divisive constitution was created followed by violent military coups that continues today in the subjugation of Fijians born from Indian ancestry. I was born in 1979 in a racially tense environment. While I questioned my sexuality at an early age, my racial identity took precedence. My extended family moved to Canada in the early 80’s and my family fled Fiji in the late 80’s to Vancouver which is the traditional territory of the Coast Salish People.  This became our new home. Here, my knowledge of colonization and its effect grew and I found amazing friends who supported my passion for justice and together we found love and light.

How did you come out?

I knew I was different when I was 10, I came out to myself when I was 13, but didn’t come out to my family and friends until I was 15; those 2 years in-between were among the loneliest. I came out to my family because everyone in school already knew and I wanted my family to hear it from me directly. There was a lot of confusion and tears, not to mention the fear of what extended family members would say or think. My family came to Canada for a better life and I felt that pressure and obligation. I started a gay/straight alliance in my high school because I was sick of hearing all the hatred while some teachers and adults turned a blind eye. The GSA was the first such group in any high school in BC and partly because of the colour of my skin, it became a juicy news story for the media. My extended family learned of my sexuality through the news on TV. Half of my extended family disapproved, falsely blaming my family/mother for raising me this way and the other half understood who I was. Through many difficult conversations over the years, my family has now become incredibly close and I couldn’t ask for a more supportive family.

What has been your inspiration in life?

I am inspired by people and their courageous stories of struggle in challenging systemic forms of oppression personally and politically; speaking up and speaking truth to power without taking power from anyone. The love and understanding provided by my mother is a constant inspiration in my life. Being surrounded by friends who do so much good in our world keeps me on my toes! My husband of 14 years. Sometimes when we are with family, my husband, who is white, says something or does something that shakes our cultural norm and that helps me question all the ‘norms’ we’ve built into society; what was once not talked about, is now open for discussion.

What has been some of your greatest achievements?

To question tradition without losing history, to adapt without losing integrity, to live my values without being swayed by populist ideals, being surrounded by loving friends and family, to be constantly learning on ways of doing all of this better.

What is your message to the world?

If we spoke up when we witnessed injustice, if we challenged ourselves to practice what we preached, if we treated each other equitably and with dignity, if we were to unleash our creativity to its maximum, just imagine the world we would have created for each other.

Romi Chandra Herbert is a social justice activist, facilitator and educator helping to build inclusive communities around the world.